For any inquiries regarding registration, kindly e-mail at isas.usim2011@gmail.com or wafamohdkharudin@gmail.com

Types of viruses :-
The different types of viruses are as follows-
1) Boot Sector Virus :- Boot sector viruses infect either the master boot record of the hard disk or the floppy drive. The boot record program responsible for the booting of operating system is replaced by the virus. The Virus either copies the master boot program to another part of the hard disk or overwrites it. They infect a computer when it boots up or when it accesses the infected floppy disk in the floppy drive. i.e. Once a system is infected with a boot-sector virus, any non-write-protected disk accessed by this system will become infected.
Examples of boot- sector viruses are Michelangelo and Stoned.
2) File or Program viruses :- Some files/programs, when executed, load the Virus in the memory and perform predefined functions to infect the system. They infect program files with extensions like .EXE, .COM, .BIN, .DRV and .SYS .
Some common file viruses are Sunday, Cascade.
3) Multipartite viruses :- A multipartite Virus is a computer Virus that infects multiple different target platforms, and remains recursively infective in each target. It attempts to attack both the boot sector and the executable, or programs, files at the same time. When the Virus attaches to the boot sector, it will in turn affect the system’s files, and when the Virus attaches to the files, it will in turn infect the boot sector.
This type of Virus can re-infect a system over and over again if all parts of the Virus are not eradicated.
Ghostball was the first multipartite virus, discovered by Fridrik Skulason in October 1989.
Other examples are Invader, Flip, etc.
4) Stealth viruses :- These viruses are stealthy in nature means it uses various methods for hiding themselves to avoid detection. They sometimes remove themselves from the memory temporarily to avoid detection by antivirus. They are somewhat difficult to detect. When an antivirus program tries to detect the virus, the stealth Virus feeds the antivirus program a clean image of the file or boot sector.
5) Polymorphic viruses :- Polymorphic viruses have the ability to mutate implying that they change the viral code known as the signature each time they spread or infect. Thus an antivirus program which is scanning for specific Virus codes unable to detect it's presense.
6) Macro viruses :- A macro Virus is a computer Virus that "infects" a Microsoft Word or similar application and causes a sequence of actions to be performed automatically when the application is started or something else triggers it. Macro viruses tend to be surprising but relatively harmless.A macro Virus is often spread as an e-mail virus. Well-known examples are Concept Virus and Melissa Worm.
credit to Mr Antrax of Silent Hacker.com
Reported by iS@S 2011 at 00:47 No comments:

What are computer VIRUSES?

In the early 1980's, if a programmer had said that a computer could be infected by "viruses," he probably would have been greeted with only sympathetic laughter from his colleagues. In the meantime the response to this problem has changed somewhat, due in part to extensive but not always factual publicity. But even today many users are under the false impression that computer viruses refer to viruses in the biological sense.
Of course this is not true. Computer viruses are programs, just like a spreadsheet or a word processor. This distorted picture of computer viruses is the reason that the spectrum of responses to this topic range from sympathetic laughter to a knowing grin up to a panic ova viral infection. Factual explanations about these matters have generally been ignored up to now. There have been reports of "promiscuous disks," of worms which eat through the computer, and "hard viruses which destroy the ROM." To bring a little clarity to this confusion, this book is intended to be a guide in the world of computer viruses.
First we should explain the origin of the term computer virus. We will use parallels between biological viruses and viruses in the computer.
Biological viruses
1. Attack specific body cells
2. Modify the genetic information of a cell other than originally intended |
3. New viruses grow in the infccted cell itself
4. An infected cell is not infected more than once by the same cell
5. An infected organism may not exhibit symptoms for a long time
6. Not all cells with which the virus comes in contact are infected
7. Viruses can mutate and thus cannot be clearly told apart
Computer viruses
1. Attack specific programs (all *.COM, all *.EXE, etc.)
2. Manipulate the program: It performs tasks
3. The infected program produces virus programs
4. A program is infected only once by most viruses
5. The infected program can work without error for a long time
6. Programs can be made immune against certain viruses
7. Virus programs can modify themselves and possibly escape detection this way
(Try to compare between biological and computer virus one by one to get clear view and understanding)
sourse from http://vx.netlux.org/lib/arb01.html
Reported by iS@S 2011 at 00:43 No comments:


9.00 pagi   : Seminar 3 - Towards an Effective Detection or Malware Threats by

How much the participants need to pay?

COME AND JOIN US! 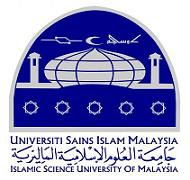